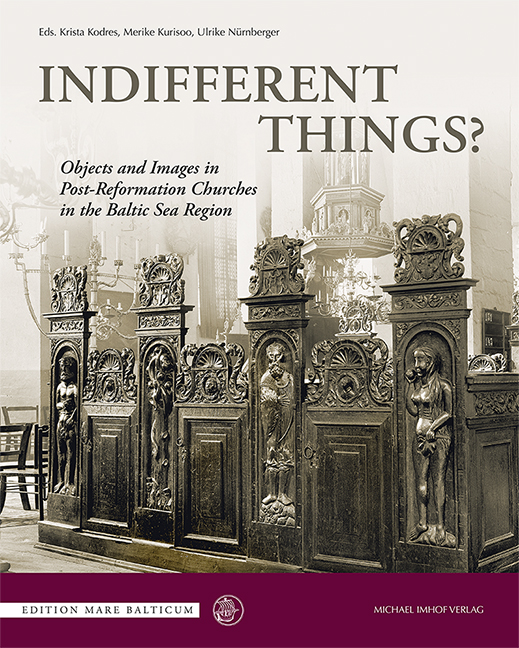 Indifferent Things?
Objects and Images in Post-Reformation Churches in the Baltic Sea Region

This third volume of the Edition Mare Balticum is a collection of articles which address many aspects of material and ceremonial church practices that were re-considered during the process of the Lutheran Reformation – the status of “indifferent things” in the historical context of the Reformation as adiaphora/Mitteldinge – as well as to inquire more generally into the existence and meaning of material objects in the evangelical sacral space. Of course, the problems concerning the adiaphora had their own dynamic in the Lutheran theological discussion, so the book describes how the process was reflected in different congregational practices, i.e. in “lived religion”. The questions fit in with key ideas about the relationships of objects and people in a culture that had arisen after the “performative turn” and “material turn”: a wave that had lasted for some time in the humanities. Hence, this book focuses on the relationships and networks of relationships through which the meanings and effects of “indifferent things” are expressed most clearly.