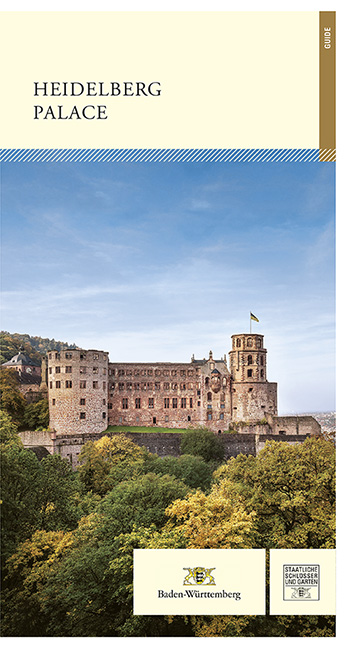 The glamorous and varied history of Heidelberg Palace began when the counts palatine, and later the prince-electors, decided to situate their residence in Heidelberg. Up until the Thirty Years’ War, it was home to one of the most important courts in Germany. Ongoing construction by the prince-electors created an ensemble of defensive and representative structures, the most artistically significant palace structures of which were built during the Renaissance.
The world-famous garden, the Hortus Palatinus, was the final construction project to be started before a period of destruction ensued. The palace, now preserved as ruins, is a cultural monument of international importance that draws one million visitors from across the world each year. The art guide outlines the history of the palace and accompanies visitors as they explore the palace complex and garden.