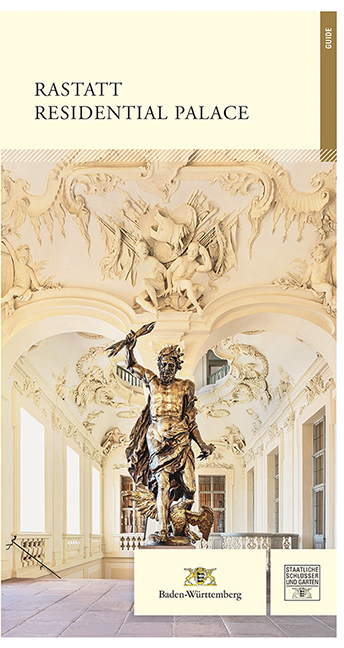 Built between 1698 and 1707 by Margrave Ludwig Wilhelm von Baden-Baden, the palace still shows how princely representation functioned in the age of absolutism. Ludwig Wilhelm became famous through his victories in the Turkish Wars, and his residence was a visual representation—in stone, stucco, and painting—of this fame. His successors continued to pursue this goal, but also commissioned modernizations. The interior decor of the Baroque and Rococo periods have been preserved in their original state, likewise in the two museums housed in the palace.
Sibylla Augusta, widow of the “Türkenlouis,” was the symbol of and inspiration for the palace church built between 1720 and 1723. Reopened after a lengthy restoration, it remains an especially authentic example of Baroque piety and the art of design.