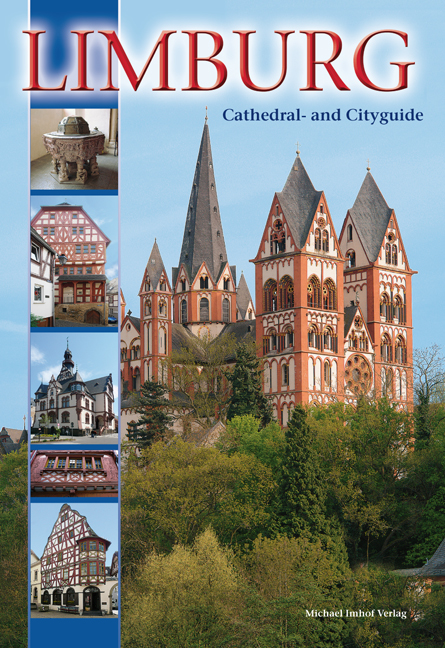 Limburg in the idyllic Lahn valley between Taunus and Westerwald was an important stop on the long-distance route between Frankfurt and Cologne as early as the Middle Ages; Traders and pilgrims to Santiago de Compostela stopped here. The high cathedral of St. Georg, which towers above the city, is still an eye-catcher and magnet today. It was built at the transition from the Romanesque to the Gothic art style. Further incunabula of the city are: a carefully restored old town with a large inventory of medieval half-timbered buildings, the diocesan museum with the famous Limburg storage library, noble houses from the Renaissance period, historicist and Wilhelminian style residential and commercial buildings; Cooperative housing estates from the 1920s / 30s as well as numerous church buildings from the 20th century reflect contemporary architectural trends in a small space. Supraregional outstanding buildings are also the seminary of the important architect Dominikus Böhm and the building of the Mundipharma works of the Bauhaus student Marcel Breuer.
The richly illustrated guide gives an introduction to the history of art and an informative overview of the construction history of the cathedral and the other culturally and historically significant monuments of the city from the Middle Ages to the 20th century.
A city map rounds off the guide. The book is aimed at interested tourists and locals.