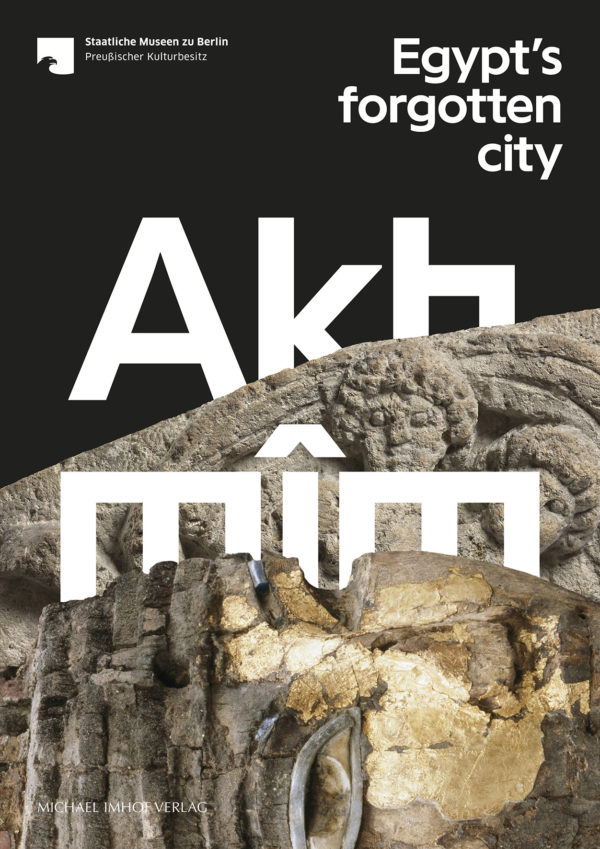 With its more than 6,000 years of history, Akhmîm is one of the oldest cities in Egypt. Today,  only  a few archaeological remains of the once large temples and extensive necropoleis bear witness to the long period of settlement in antiquity. The true treasure trove of statues, reliefs, everyday objects, cult implements, coffins, burial objects and written testimonies is scattered in museums around the world, a significant part at the Staat­liche Museen zu Berlin.
The idea for the exhibition and accompanying publication arose from a cooperation with the Mîn Panos project at the University of Göttingen, which is dedicated to the material culture of Akhmîm and its surroundings. For the first time, selected objects from this region from around  the world are brought together and illuminated from various aspects. The cultural and political role of the city, its influence as a religious centre, its importance as the birthplace of famous histor­ical figures in Egyptian history and its long tra­dition in craftsmanship are traced and rounded off by an overview of the history of research  up to the present day.