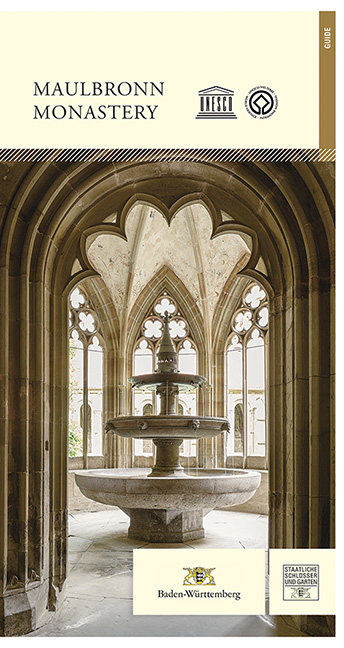 Early masterpieces of Gothic architecture and the surrounding cultural landscape moulded by Cistercian monks including vineyards, irrigation ditches and fishponds still hold out their fascination today. The complex located in the Kraichgau region is the most complete surviving Cistercian monastery to the north of the Alps and has been inscribed on the UNESCO List of World Cultural Heritage Sites in 1993. The construction work, which began around 1147, gave rise in the course of time to an impressive medieval monastery town surrounded by towers and walls. The outstanding architectural achievements include the Romanesque monastery church and its Early Gothic narthex, known as “Paradise”, as well as the enclosure with the impressive monks’ dining hall and the famous Fountain House.
The monastery was disbanded in 1556 following the Reformation and a protestant school set up in the buildings, which still exists today in the form of a seminary. The students, who have studied there, include scientists and poets such as Johannes Kepler, Hermann Hesse and Friedrich Hölderlin. Four museums within the walls of the monastery complex provide fascinating insights into the lives and times of the monks and the students who used to live there.